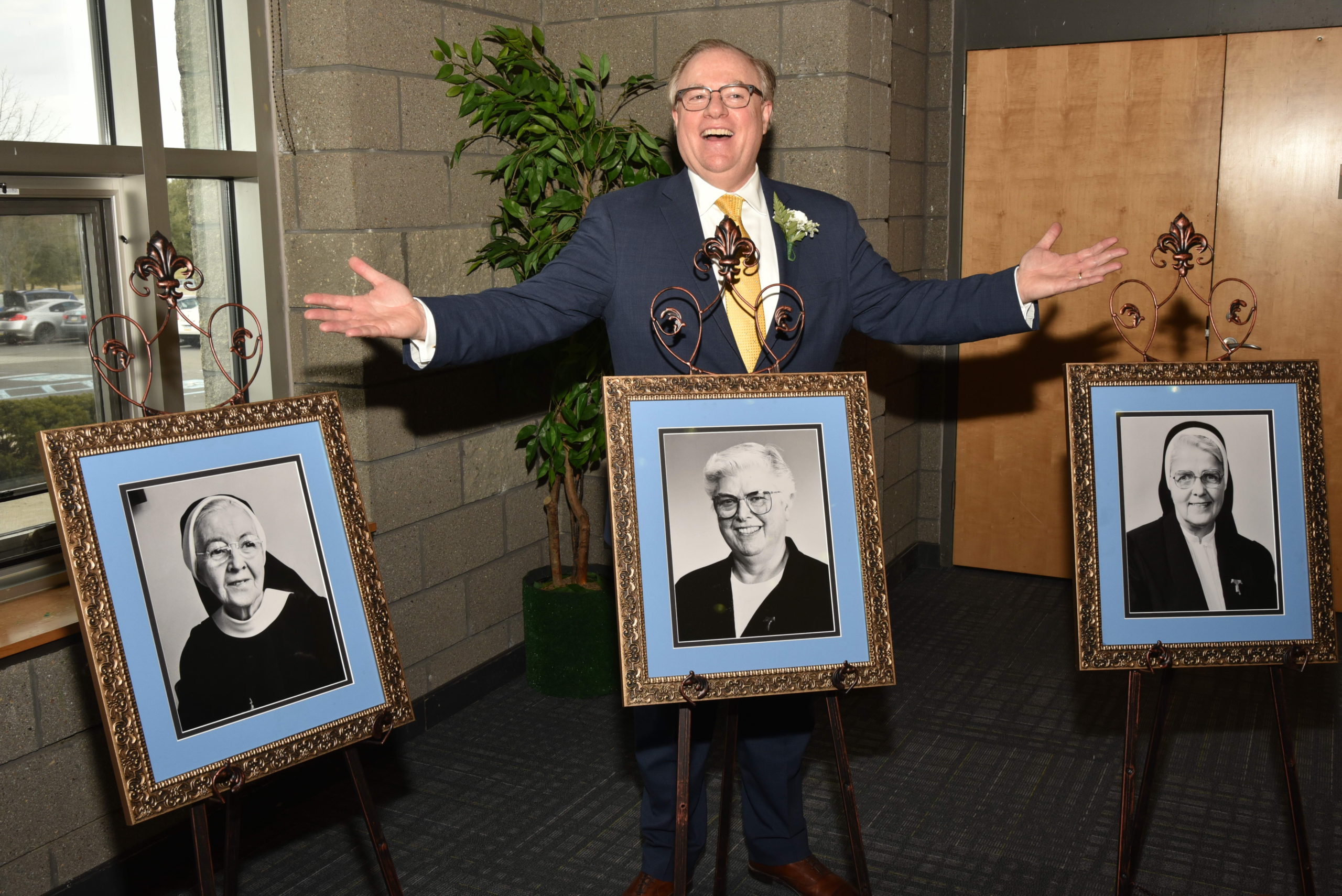 Neumann University president Dr. Chris Domes unveils the portraits that will hang in the residence halls.

Mother Everilda Flynn was a driving force in Neumann’s founding and a champion of the institution in its early years. Documents trace her advocacy for establishing a college in Aston back to 1959. After serving as president, she became a consultant to the president for an additional 22 years. She held a bachelor’s degree from Villanova University and a master’s degree from The Catholic University of America. 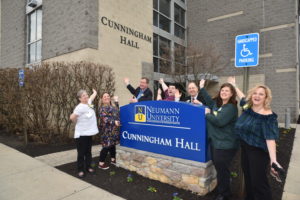 Members of the Cunningham family outside the newly named Cunningham Hall.

Sister Madonna Marie Cunningham used her academic expertise (a master’s degree in psychology and a doctorate in clinical psychology from Fordham University) to influence the culture of service at Neumann. Prior to becoming president, she opened Our Lady of Angels Counseling Center. As president, she established the Child Development Center on campus and led enrollment expansion by admitting men in 1980.

Sister Margarella O’Neill’s leadership led to the construction of the Bruder Life Center, which houses the Bruder Athletic Center, the Meagher Theatre, and the dining hall. Before becoming president, she served as Neumann’s first academic dean and an associate professor of psychology. She earned bachelor’s and master’s degrees in nursing education and a doctorate in sociology from The Catholic University of America.

“The Sisters of St. Francis of Philadelphia founded Neumann University in 1965 and have supported its growth, development, and mission for 54 years,” said Neumann president Dr. Chris Domes. “Their vision and leadership established a thriving institution of Catholic higher education, and it is with deep gratitude today that we recognize their indispensable contributions by naming residence halls in honor of three courageous Sisters who nurtured the university in its early years.”

Sr. Kathryn Dougherty, OSF, congregational minister of the Sisters of St. Francis, told the Charter Day crowd that “we are standing on the shoulders of those who came before us. … Now, when we pass Flynn, Cunningham, and O’Neill Halls, we will remember the shoulders on which we stand.”