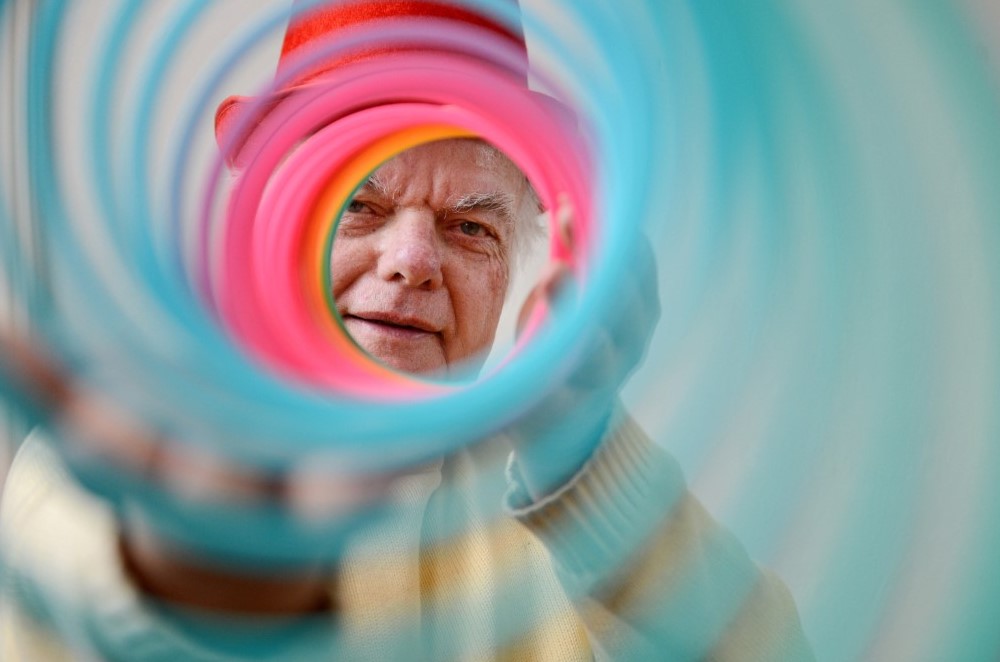 Image of Bob Swaim via the Allentown Morning Call.

Retired math teacher Bob Swaim is on a one-man mission to make the Slinky the official state toy of Pennsylvania, writes Angela Couloumbis for the Philadelphia Inquirer.

For the last five years, Swaim has been trying to convince the state legislature to crown the walking wonder with the honor.

According to Swaim, the Slinky is both a Pennsylvania and a woman’s story. However, getting legislators on board has been a challenge.

“It’s been fun, but I never realized how difficult it would be,” said Swaim.

The toy came to life by accident. Its inventor, Richard James, was trying to devise a spring to stabilize equipment in a Philadelphia shipyard in 1943. That’s when one of the coils fell down, and its bouncy dance would later become the signature move of the Slinky.

The toy was an instant success until the 1960s, when James decided to move to Bolivia to join a religious mission.

His wife took over, though, and she led the marketing campaign that turned the Slinky into a landmark toy for a generation of children.

Read more about the Slinky in the Philadelphia Inquirer here.