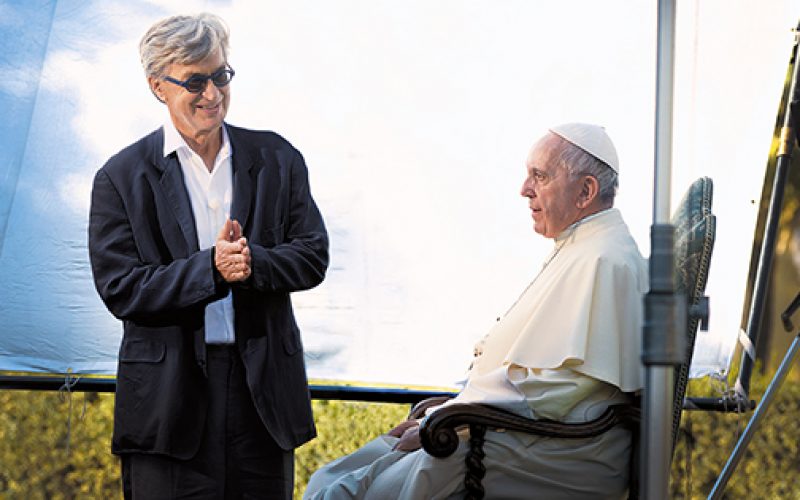 Image of German filmmaker Wim Wenders with Pope Francis via the Vatican Media.

The admiration comes from Wyeth’s painting – “Christina’s World” – that depicts a woman lying in a field, propped on her thin arms and looking toward a farmhouse in the distance.

Viewers see a healthy young woman in the picture, yet the painter’s subject was Christina Olson, a middle-aged woman whose legs were paralyzed. Still, she refused to use a wheelchair and used her arms to drag her lower body.

Wyeth wrote in a letter to the Museum of Modern Art that if he managed to make the viewer sense that the woman’s world “may be limited physically but by no means spiritually, then I have achieved what I set out to do.”

Wenders, who recently tried to capture a similar essence of Pope Francis on film, said of Wyeth’s painting that he “has really done all he can to depict her in the glory of her existence.”

Read more about the director’s influences in the Catholic Star Herald here.