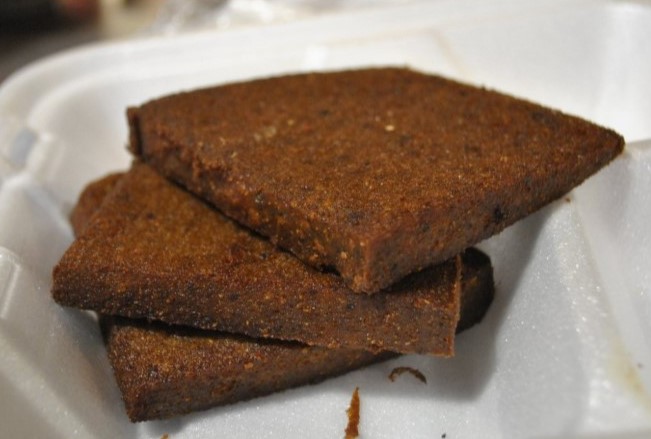 Residents of the Baltimore area, much like those in the Philadelphia region, share a love for scrapple, writes Kit Waskom Pollard for The Baltimore Sun.

The food’s American roots can be traced to the 17th century, when it was made by German immigrants living in Pennsylvania.

“When ancestors from the Rhineland came to America, they brought things they knew from Germany,” said Amy Strauss, author of Pennsylvania Scrapple: A Delectable History. “Then, the crop of corn was so prosperous, there was so much cornmeal, they began to incorporate it with sausage. It was the marriage of the corn and the meat.”

Scrapple, usually thought of as a Pennsylvania food, has connections with Maryland that run nearly as deep.

“Baltimore is as much of a scrapple town as Philadelphia,” culinary historian William Woys Weaver wrote in his book, Country Scrapple.

RAPA Scrapple, of Bridgeville, Del., established in 1926 and named after brothers Ralph Adams and Paul Adams, supplies about 75 percent of the scrapple sold in the Baltimore-Washington region. RAPA’s reach, however, is not as strong north of the Mason-Dixon Line.

In the Philadelphia area, Habbersett Scrapple, an old Pennsylvania brand, commands about half the market. RAPA commands about one quarter of it. Both brands have been owned by Jones Dairy Farm, of Wisconsin, since the 1980s.

Read more about scrapple in The Baltimore Sun by clicking here.