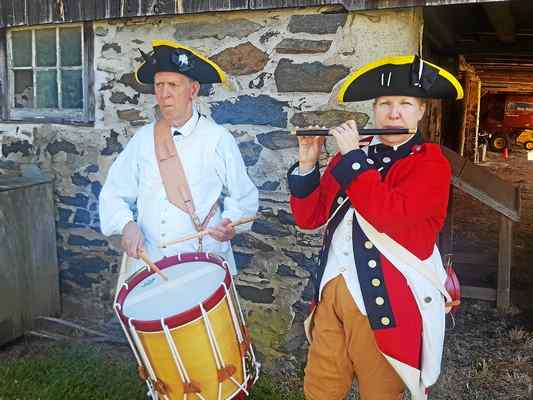 The 10-acre Dilworth Farm at 1370 Birmingham Road near the Brandywine Battlefield has been successfully preserved in perpetuity, 240 years after the battle, writes Bill Rettew for the Daily Local News.

The purchase price of $850,000 was paid for using $350,000 in Chester County grants and $75,000 from contributions made by Campaign 1776 members. The balance was provided by the National Park Service’s American Battlefield Protection Program.

Reps. Ryan Costello and Patrick Meehan helped secure the federal funding that was key to purchasing the site.

At the gathering, Meehan showed where the two armies had clashed during the largest single-day battle in the Revolutionary War.

The site, currently owned by the Civil War Trust, will be transferred to the county by the end of this year.

Read more about the successful preservation efforts in the Daily Local News here.