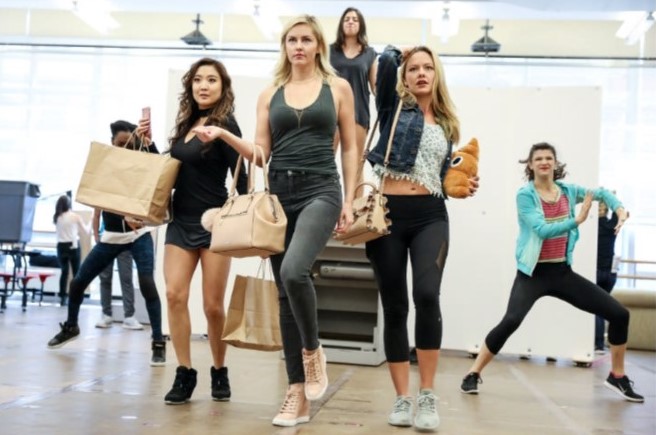 Image of rehearsal via Joan Marcus, The Washington Post.

Fans of the hit movie Mean Girls will soon get the chance to enjoy it as a Broadway musical, thanks to the efforts of its original writer, Upper Darby native Tina Fey, writes Peter Marks for The Washington Post.

Fey has joined forces with her husband Jeff Richmond, who has composed the music, and Nell Benjamin, who has written the lyrics.

Before the show hits Broadway, there will be a trial run at the National Theater in Washington, D.C. This will give the designers time to receive reviews and make adjustments before debuting on Broadway in April 2018.

The show faces an uphill struggle, as previous attempts to turn popular movies into musicals have not fared well. It will also be entering the busy Broadway season without a big-name star.

In fact, the biggest name associated with the project is Fey herself. The comedienne from Delco shot to fame on Saturday Night Live, before creating her own successful show, 30 Rock, which netted her several Emmys.

Read more about Tina Fey’s musical in The Washington Post by clicking here.