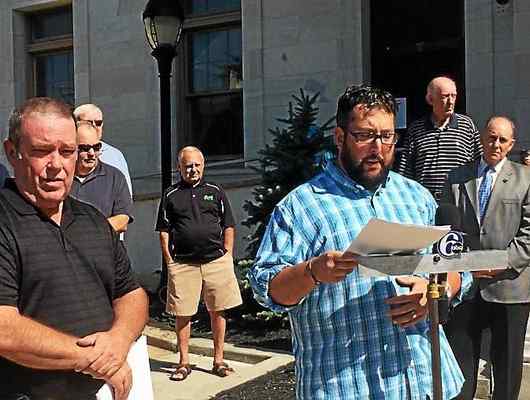 Tavern owners are rallying for in-store video gambling as a means to plug the state budget deficit, but the Senate is concerned about too much gambling. Image via Kathleen Carey, Digital First Media.

With beer and wine sales freely flowing away to grocery and convenience stores, local tavern and restaurant owners are tossing the dice on video gambling revenues to help them survive.

The proposed solution, House Bill 271, has stalled in the state Senate after passing the House.

McArdle underscored the allure of video gambling as a $300-million to $500-million-a-year solution to the state budget deficit, but senators aren’t buying that argument.

“Our region is saturated with gaming. We cannot allow the (video gaming terminal) conversation to happen under the false promise of fixing the budget,” said Sen. Tom Killion. “We need to have a comprehensive gaming policy debate to determine if further expansion of gaming is the right thing to do.”

Sen. Daylin Leach spokesman Steve Hoenstine agreed, warning that such an expansion of gambling could backfire.

Read more about the push for video gambling in the Daily Times here.