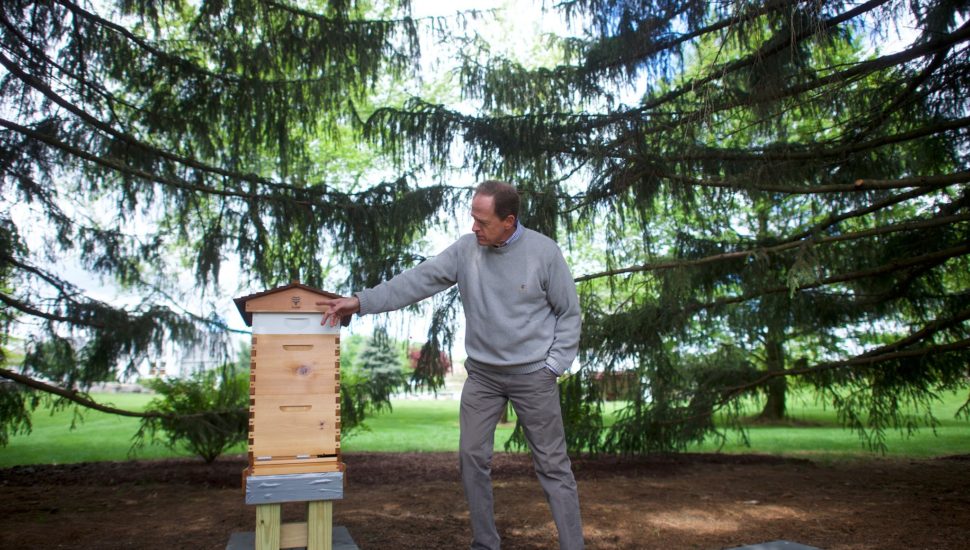 U.S. Senator Pat Toomey is finding solace from his stressful working days by relaxing at home and indulging in his new hobby, beekeeping, writes Jennifer Steinhauer for The New York Times.

Toomey first started reading about beekeeping last year, after a college friend and established beekeeper piqued his interest in the subject. Before long, he became fascinated with the hardworking insects and their rather complex social system.

Then, after his son Patrick discovered a new beekeeping technology, Toomey decided to dedicate himself to the craft and start producing homegrown honey. He spent months preparing and landscaping his hive, including adding a separate water source to make sure bees stay out of his pool.

Beekeeping has a long tradition in Pennsylvania, and Toomey finds it provides an interesting contrast to his everyday work.

“When you’re in my line of work, you’re often dealing with abstractions,” he said. “It’s fun to have something tangible, where you can see results.”

It hasn’t always been smooth sailing as he once handled the queen bee’s cage “a little too rough.” This angered the bees, which started “dive bombing” him. Luckily, he was well protected by a beekeeper’s hood and escaped injury.