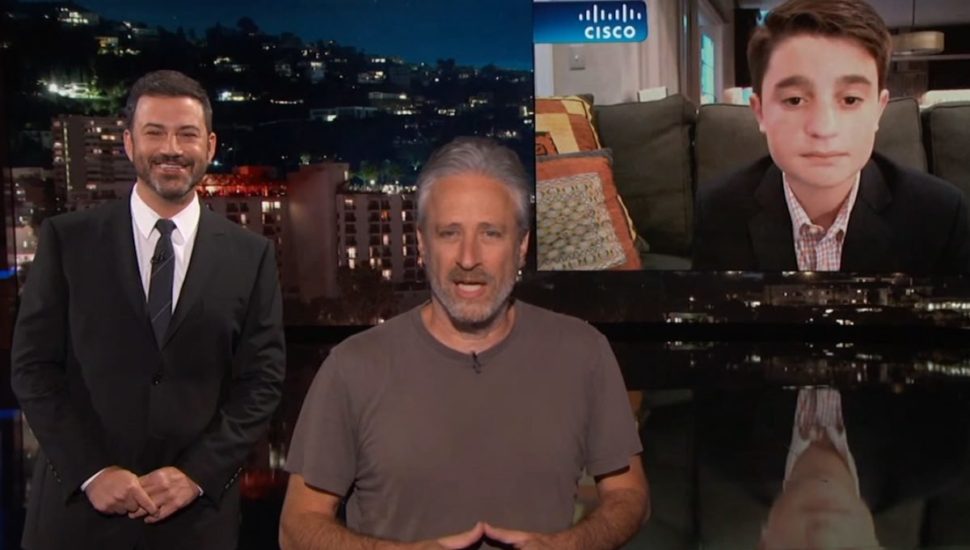 Media teen and late-night television fan Will Rubin bantered with both Jimmy Kimmel and Jon Stewart on national television for his bar mitzvah. Image via ABC.

Media teen Will Rubin got more than he bargained for when he invited late-night television host Jimmy Kimmel to his bar mitzvah.

He got both Kimmel and former Daily Show star Jon Stewart, plus a video interview on national television, according to a Philadelphia Inquirer report by Rob Tornoe.

“I want your job one day,” he told Kimmel, who responded, “I don’t know if that was an invitation or a threat.”

But Stewart, who is Jewish, crashed the Kimmel segment to campaign for a greater spot in the kid’s heart.

“You probably had your choice of idolizing any talk show host, and you could have gone with a Jew, is what I’m saying,” Stewart said. “Don’t be fooled by (Kimmel’s) learned-looking beard and his puffy, sad eyes. He’s not rabbinical; he’s just unhealthy.”