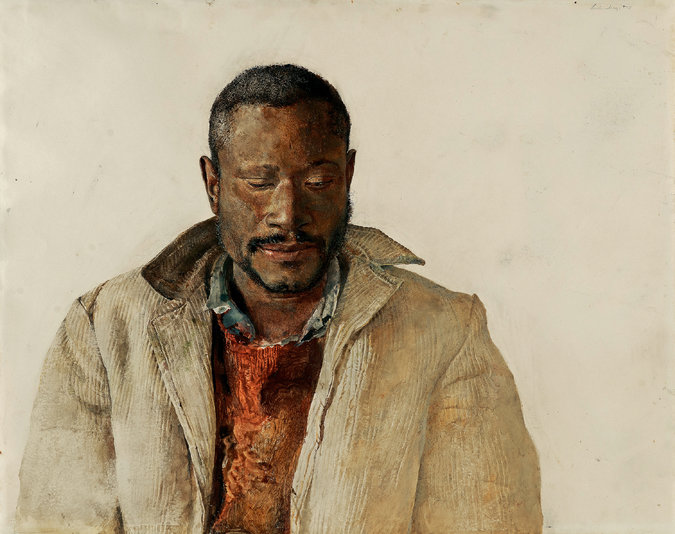 Many scholars have previously brushed over the depths of Andrew Wyeth’s secrets, but a new look at how he portrayed black subjects paints a new picture of the artist’s style.

“He painted with such a painstakingly realistic style, you feel that everything is there on the surface,” said Brandywine River Museum of Art Director Thomas Padon in a report for The New York Times by Ted Loos. “But once you dig into it, that’s not the case. There’s more behind what you see.”

Including a white model who was painted as a black woman in “Barracoon” and “Heat Lightning.”

“I was taken aback,” art historian Gwendolyn DuBois Shaw said of discovering the secret. “To think about, in that moment, both seeing an image of a black woman and not seeing an actual black woman. I was really confused, excited, and kind of bewildered.”

“I love Wyeth. I think we can find artists to be complicated and frustrating and disappointing in some ways and still love the work,” Shaw concluded.

Read much more of the story in The New York Times here.