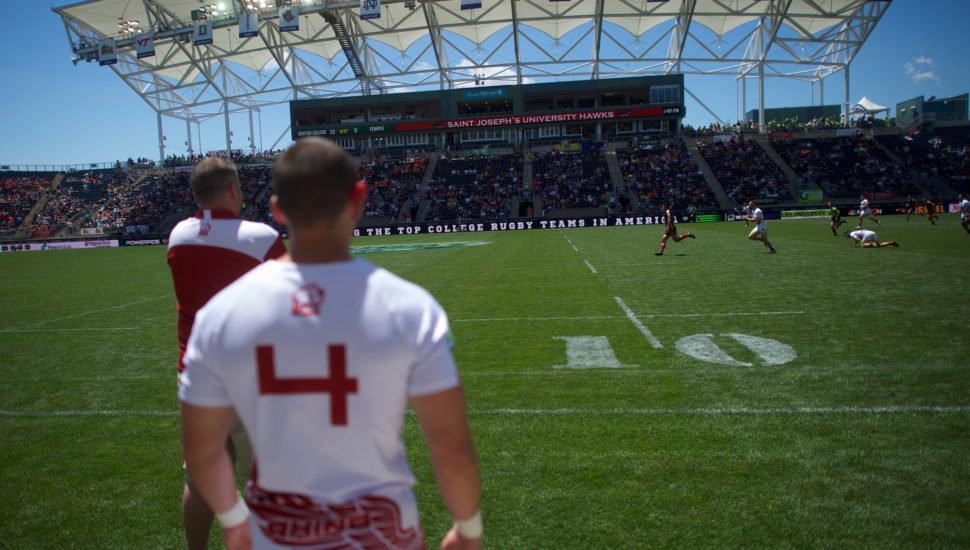 After decades of hard work recruiting and promoting, rugby has become one of the nation’s and the world’s hottest sports, and earlier this month, Talen Energy Stadium represented the pinnacle of that success.

The Chester home of the Philadelphia Union attracted an eighth annual Collegiate Rugby Championship that was nationally televised and better attended than 10 college football bowl games, according to a report in The New York Times by Zach Schonbrun.

But for this college championship, Talen Energy Stadium overflowed with the enthusiasm — and Irish whiskey — of its 27,000 fans because rugby is largely ungoverned by the NCAA.

But that doesn’t mean the rugby championship is any less professional.

“Everything we do, the attitude, the culture, the facilities, it’s all varsity,” said coach Gregg Jones of the club-level Kutztown University team, which boasts international recruits from five countries and 22 states.

The game as a whole, featuring seven-on-seven play rather than the traditional 15-on-15, has also returned to prominence and the Olympics.

“I think it shows there are options we can have for kids to be able to play at a very, very high level,” said author B. David Ridpath.