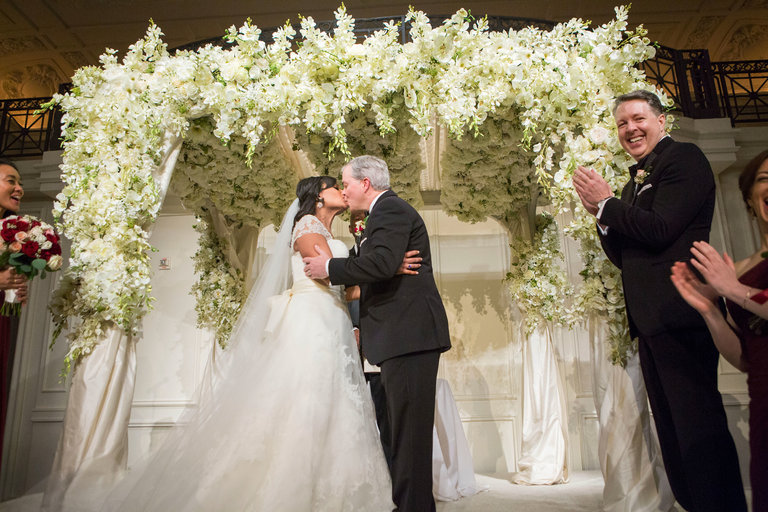 John Hughes, a marketing director at Merck in West Point, has found love and marriage bliss with Kristen Welker, the NBC news correspondent. (Image via The New York Times)

After years of searching for the right person, John Hughes, a marketing director at Merck in Philadelphia, has found love and married bliss with NBC news correspondent Kristen Welker, writes Brooke Lea Foster for The New York Times.

The love story started when Welker and Hughes were set up on a date by a mutual friend. Hughes had never seen Walker before, and was immediately smitten. He decided on a simple but effective plan to win her over.

“‘If I can just make her laugh, maybe I’ll have a chance,’” he remembered thinking.

The plan worked, beginning their lasting relationship. Their first test came when Walker had to constantly travel to cover a presidential campaign six months after they met.

After surviving this time apart, Hughes decided it was time to pop the question. He led Walker to the memorial steps that overlook the Potomac River.

“I wanted to ask her outside in a place you could walk by years later and tell your kids that this was the spot we got engaged,” said Hughes.

The answer was an unequivocal yes, which led to their March 4 wedding at the Hyatt in Philadelphia.