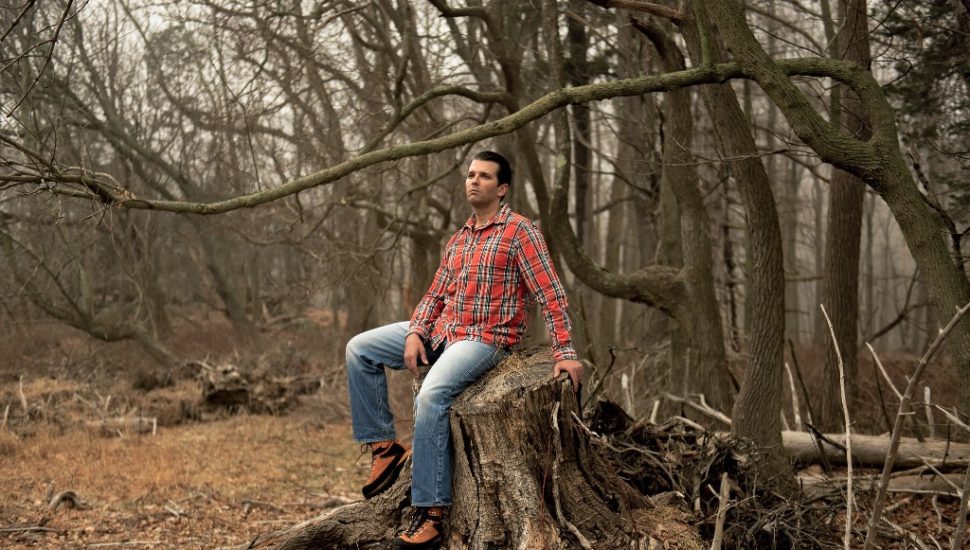 The Hill School in Pottstown helped Donald Trump Jr. forge his own identity in the world of hunting and fishing. (Image via The New York Times)

Rather than ride the coattails of his business-savvy father, Donald Trump Jr. embarked on a journey into cattails and rugged terrain to carve out his own reputation.

And the Hill School in Pottstown helped pull the trigger on his divergence from a childhood amid Trump Tower and Fifth Avenue to a life of hunting and fishing in the outdoors, according to a report in The New York Times by Laura M. Holson.

While Trump Jr.’s grandfather, Milos Zelnicek, is credited for first teaching him the art of camping, fishing and hunting, the Hill School helped him refine his shooting skills.

His time at the Hill School in the early 1990s was spent blasting clay targets, the article stated, and then he went on to muscling oars on a crew team while studying business at the Wharton School.

“He wasn’t into the gold. He was trying to escape it,” said college acquaintance Jennifer Ireland Kubis in the article.

And though his past isn’t free of mistakes, he said, “I know that the benefits I got from being in the woods, from being in a duck blind, from being in a tree stand at 5 o’clock in the morning, kept me out of so much other trouble I would have gotten into in my life.”

Read much more about how the Hill School fit into the upbringing of Donald Trump Jr. in The New York Times here, and check out previous MONTCO Today coverage of the institution here.