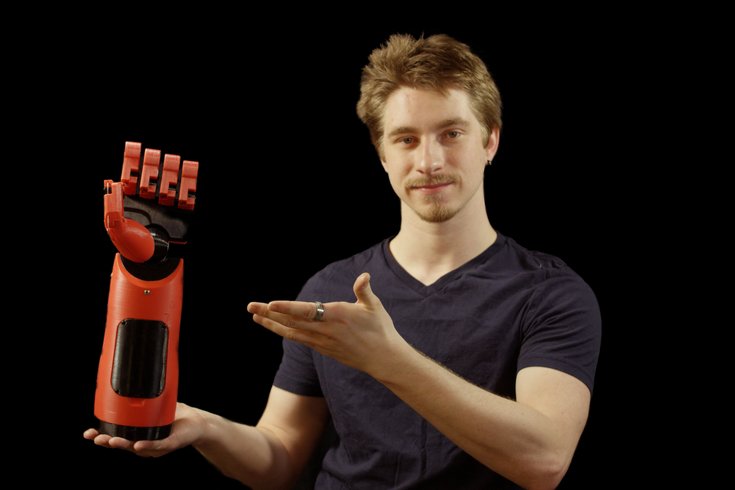 Whether in action-packed video-game scenes or practical, real-life challenges, an attention-grabbing red bionic arm now comes to the rescue, thanks to the ingenuity of an industrial design student from Wayne.

Philadelphia University’s Gordon Jackson has replicated video-game character Venom Snake’s bionic arm for real-world use, according to a PhillyVoice report by Brian Hickey.

The project was undertaken to replace a typical prosthetic for a 30-year-old man, born without a left hand, whose favorite game is Metal Gear Solid V: The Phantom Pain.

“He wanted something that functioned a little better, but also didn’t make people feel uncomfortable, which is why he chose the red design, which makes it something of a conversation piece,” Jackson said. “By making it red, you’re saying, ‘Hey, look at this. This is cool. Talk to me about this.’”

Jackson, who has launched props design firm Armatus Designs, crafted the bionic arm to be 3D-printed with materials that cost under $100, and he gifted the plans to the open-source community.

“I spent six months of my life and poured it into this project, so to not have it benefit as many people as possible would be a waste,” he said. “I’m excited to see what people do with the designs.”

Read more about Jackson and his bionic arm design on PhillyVoice here.