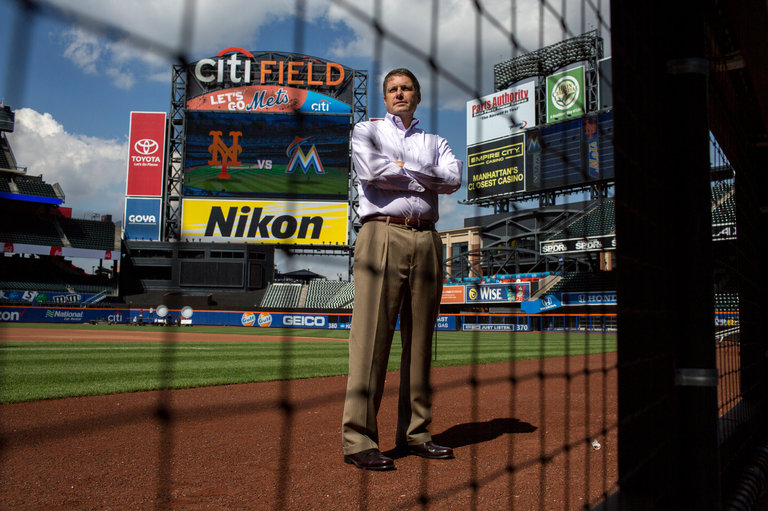 John Ricco, a graduate of Villanova University and long-time assistant general manager of the New York Mets, took over the reins of the team while G.M. Sandy Alderson underwent treatment for a treatable form of cancer, writes James Wagner for The New York Times.

Ricco, who worked at the student newspaper during his time at Villanova, had his first test last winter at Major League Baseball’s annual convention, where he had big shoes to fill.

“John handled it in such a way that everything that was done, I felt it was being done by Sandy, and that’s a compliment to John,” said New York Yankees G.M. Brian Cashman.

Ricco is known inside the Mets and across baseball as a respected executive and steadying force inside the Mets’ organization. During his time with the Mets, they have reached the National League Championship Series in 2006 and reached the World Series last year.

“We’re fortunate to have him,” said Alderson. “As time has gone on, he’s taken on more responsibility, and I have tremendous faith in his judgment.”

Read more about Ricco in The New York Times by clicking here.